“Kartoon Channel!,” our 24-hour, free, video on demand, children’s program service went live this morning with unprecedented distribution reach, and an unprecedented initial content lineup,” said Andy Heyward, Genius Brands CEO. “In my three decades in children’s programming, I have witnessed kid’s television evolve from Saturday morning network with shows such as Scooby Doo and the Smurfs, to 1st run syndication with shows like Inspector Gadget and He Man, to dedicated cable channels (Disney Channel, Nickelodeon, Cartoon Network) to digital platforms ranging from Netflix, Hulu, and Disney +, to game platforms, mobile, YouTube, and all of the new and emerging technologies.  Throughout the above, I am not aware of seeing another channel launch with such a volume of content, across such a broad range of platforms, penetrating virtually the entire United States TV Household universe. We are loading our episodes as fast as possible across all platforms and expect to have over 4,000 episodes available by the end of this month. Similarly, we will expect all of our platforms to be rolling out with full delivery in the coming days." (‘where to watch’ link information below)

Among the initial 1,000 episodes of entertaining and enriching content offered on Kartoon Channel! is the animated short feature, The Pig On The Hill (see link below), narrated by Pierce Brosnan; the hugely successful Angry Birds series, from the billion-dollar franchise; Baby Einstein and the Baby Einstein shorts, as well as Llama Llama shorts, and the Minecraft-themed show, Journey to the End.  The upcoming comedy-adventure series, Stan Lee’s Superhero Kindergarten, currently in pre-production and starring Arnold Schwarzenegger, will debut on Kartoon Channel! in Q1 2021.

Heyward continued, “A volume of content this large is not simply ‘flipping a light switch’.  That is particularly so when we vet every single episode to make sure that it is compliant with our programming code developed by Stanford University Professor Emeritus Don Roberts, with whom Kartoon Channel!’s Program Code was developed in order to ensure the delivery of positive purposeful content that parents can always know will provide safe viewing for their children.”

Currently, Kartoon Channel! can be accessed via Apple TV Devices, Android (mobile devices), Android TV, Amazon Fire Stick, Roku Devices, Xumo, Dish (AVOD + SVOD), Sling (AVOD + SVOD).  The Company’s  other platforms are rolling out as fast as the content can be loaded. (see link below for access on various platforms)

“Having produced and broadcast thousands of children’s episodes across a number of the kids networks, we wanted to make Kartoon Channel! stand out as a brand, not just because it is free and available to everyone,  but by putting on shows, which tell positive stories.  That is very very important to us,” said Kartoon Channel! Executive Chairman, Margaret Loesch.

“Kids and their parents want uplifting stories.  They want positive messages,” added Heyward. “It is also important to us that Kartoon Channel! is free and available to everyone. It is no less important that the stories are positive and with enriching lessons, whenever possible.”

“Representative of the original shows that we are proud of and which will differentiate Kartoon Channel! is ‘The Pig on a Hill’, narrated by Pierce Brosnan.  It is a fantastic story, and without ever saying so, it is about kindness, and it is about getting along with people different than ourselves.  We are going to be a positive channel, and not just a babysitter with a screen on it.”

Added to the above, in mid-summer Kartoon Channel! will introduce a hosted Friday Family Fun Film, for kids and parents to watch together every Friday night.  In these times, it is harder for parents and kids to be out at the movies together.  We will be producing and acquiring original animated family films. I remember as a kid when Walt Disney used to do that, on the Wonderful World of Disney.  Years later, Our Chief Content Officer, David Neuman, as  President of Walt Disney Television, was overseeing that program.  Shortly, we will have a similar product on Kartoon Channel!  On the wall of my office, I have a big sign.  It says, ‘WHY must this story be told?’ We want our audience to rest assured that we have asked and answered that question for everything we put on Kartoon Channel!.”

For more information on where to watch Kartoon Channel!, please visit https://www.kartoonchannel.com/where-to-watch

A photo accompanying this announcement is available at https://www.globenewswire.com/NewsRoom/AttachmentNg/aee5b632-1fad-4733-bea9-eb534c29392d 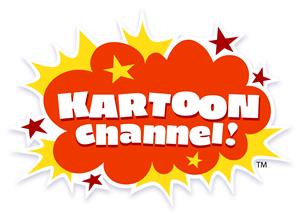 Genius Brands International (NASDAQ:GNUS) announces the new programming slate of premium content for children 2 – 11 years-old and their families set to debut on Kartoon Channel! Among the initial 1,000 episodes of entertaining and enriching content offered on Kartoon Channel! is the animated short feature, The Pig On The Hill, narrated by Pierce Brosnan; the hugely successful Angry Birds series, from the billion-dollar franchise; Baby Einstein and the Baby Einstein shorts, as well as Llama Llama shorts, and the Minecraft-themed show, Journey to the End. The upcoming comedy-adventure series, Stan Lee’s Superhero Kindergarten, currently in pre-production and starring Arnold Schwarzenegger, will debut on Kartoon Channel! in Q1 2021.