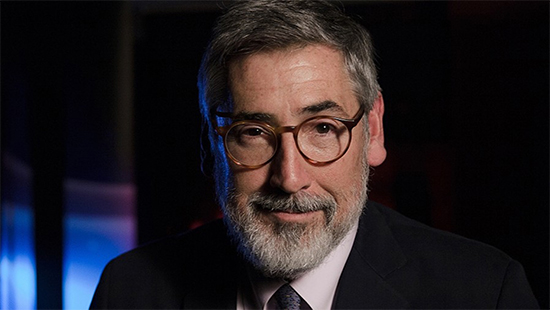 Today, John Landis, one of the most successful movie directors of all time, joined Arnold Schwarzenegger on the production team of STAN LEE’S SUPERHERO KINDERGARTEN being produced for Genius Brands, Kartoon Channel! I want all Genius Brands shareholders to understand the significance of this event.

It would be hard to overstate the importance of a director of John Landis’ stature, joining this team to make this program, and the impact we expect to the success of the program, the channel, and ultimately to Genius Brands revenues and valuation. Here is some context...

Stan Lee, John Landis, and Arnold Schwarzenegger, together, have been responsible for billions and billions of dollars of hit movies, consumer products, and in many cases, animated TV series. The titles are legendary from The Avengers, to Spider-Man, to X-Men, to Black Panther, Captain America, and Iron Man. From the Terminator, Twins, Kindergarten Cop, and Batman and Robin. From Trading Places, to Animal House to Coming to America, Beverly Hills Cop 2, Three Amigos, and Blues Brothers.

If there was ever a team of champions, that makes highly profitable blockbuster entertainment, this is it.

It’s unusual for people from the world of ‘Movies’ to come to the world of ‘Childrens TV’. The underlying IP must be very special, and have the possibility to spin off its own live action TV series and motion picture.

Add to this, the writing being developed by Fabian Nicieza, who created Deadpool, Head Writer Steve Banks, who was Head Writer of SpongeBob SquarePants, and multi-Emmy winning animation director, Mike Maliani.

Behind this team is Lloyd Mintz, who runs Genius Brands Consumer Products, prior to which he ran Consumer Products Licensing at Hasbro Toys, and while previously at Disney, he oversaw, both Lion King and Toy Story consumer product licensing.
This extraordinary team has come together under Genius Brands and our partner Alibaba, the largest and most profitable company in China to launch our series STAN LEE’S SUPERHERO KINDERGARTEN worldwide, and to debut in the U.S. on Kartoon Channel!. 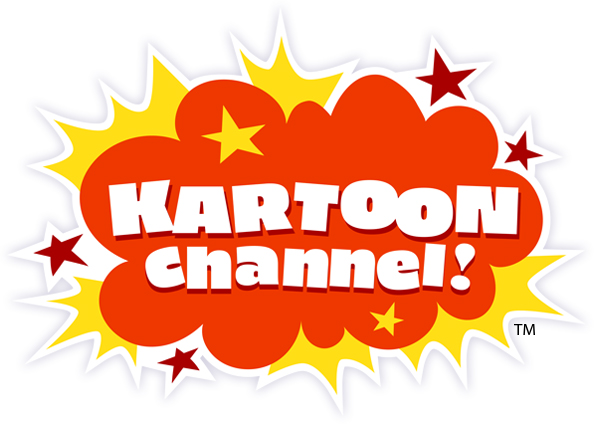 All of this under the leadership of Margaret Loesch, the most successful programmer in childrens television history, herself, the former President of Marvel Entertainment, and Founder and CEO of FOX Kids, who, after putting on blockbuster childrens content like Power Rangers and X-Men, which was sold in 3 years time to the Walt Disney Company for $5.5 Billion dollars. And for good measure, add David Neuman, former President of Walt Disney Television, our Chief Content Officer, of Kartoon Channel!

When we said, that Kartoon Channel! would be like a “Netflix for kids,but free”, we meant it! And we knew to get there, we would need hits. Hits come from hit makers, and a team of hit makers like this, has never been assembled before for a children’s program. From Creation, to Production, to Distribution, to Consumer Product Licensing bringing the toys and products based on Stan Lee’s Superhero Kindergarten to shelf, this is the absolute Gold Standard.

Years ago, shortly after the original Ghostbusters movie came out, I produced the animated TV series ‘The Real Ghostbusters.’ Led by the animation series NOT the film, a hugely successful line of toys and consumer products in every imaginable category was created and generated HUNDREDS of MILLIONS OF DOLLARS OF ROYALTIES. Subsequently, Ghostbusters 2 sequel was launched. The live action movies and the animated series (which stayed on air for 7 years straight) fed off each other, and led to greater profits than could have been imagined at the time by either one alone. 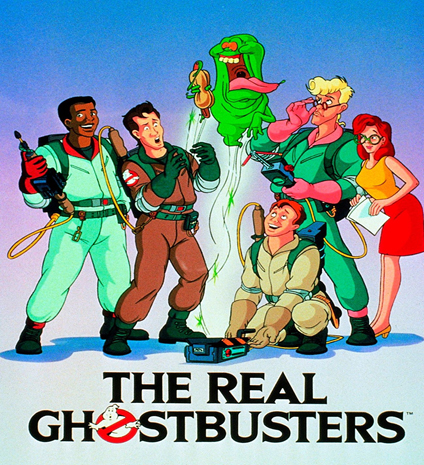 It is this kind of synergistic success, we are working towards with Stan Lee’s Superhero Kindergarten and the team that has been constituted to get us there.

I have worked with Warren Buffett for 25 years. First producing the animated movie that opens the annual Berkshire Hathaway shareholder meeting. Later in producing the Secret Millionaires Club (to run now on Kartoon Channel!) a kids show teaching lessons of financial literacy starring Warren and a bunch of kids in animation having adventures in business. 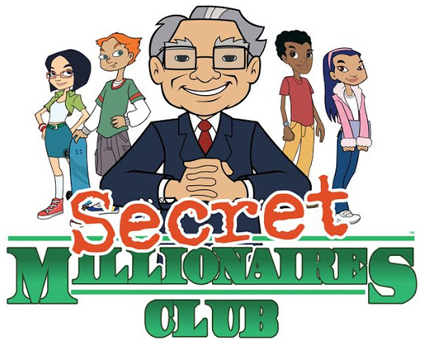 As I learned from Warren Buffet a long time ago, business takes patience. There are no shortcuts to building value, and anyone who expects that will be disappointed. “The single most important attribute for successful investing is patience”….. 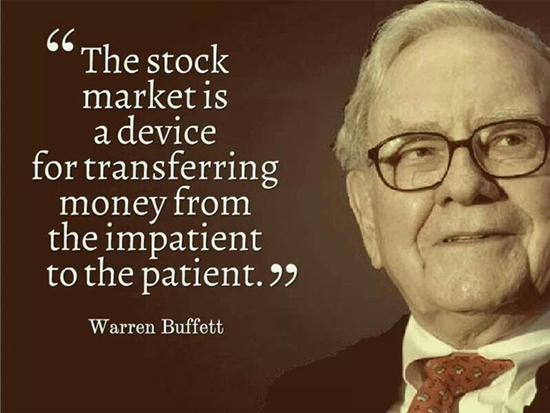 Two of my favorite examples of patience in our business, are THE FLINTSTONES and SCOOBY-DOO, shows that I worked on as a young writer when I first started at Hanna-Barbera. 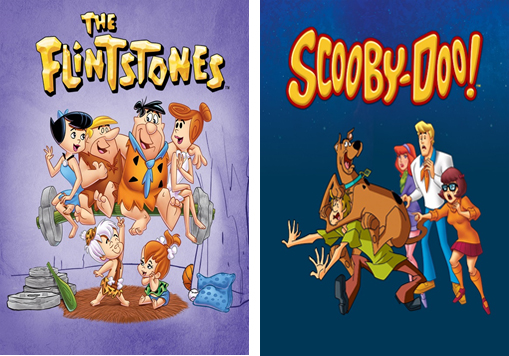 I cite them because they began in the 70s and yet they have continued to PROSPER year in and year out…and, more than ever, today.

Today, the shows run on TV worldwide. They have regular feature films made that are continuously successful, and the consumer products are like ‘oil wells’ that never cease pumping cash. If you go to the supermarket or the drug store, you will continue to see their cereals, vitamins, and products of all kinds. 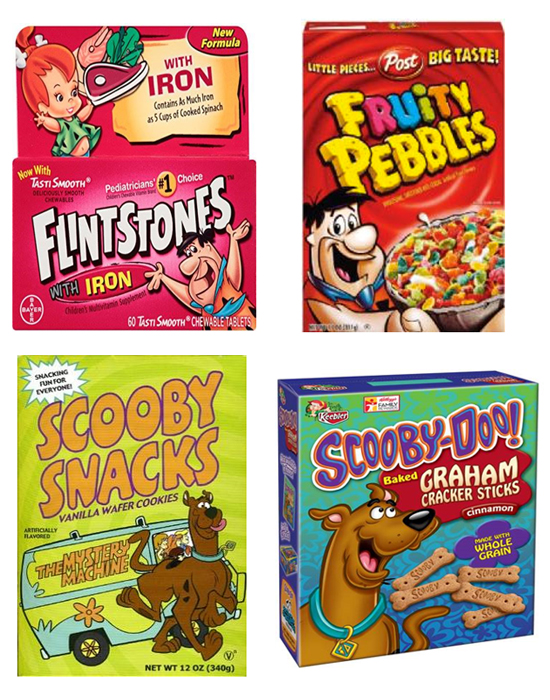 One of the beauties of our business is the timeless nature of our products. Good cartoons will live on and on and on, and there are endless examples.

My favorite is Tom & Jerry. Made in 1939, by Joe Barbera and Bill Hanna when they were young animators working for MGM. Little could they imagine that EIGHTY YEARS LATER, kids would be discovering it fresh every single day. 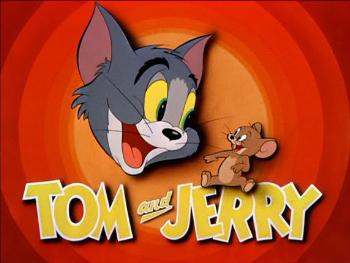 The hits we are building today, will become the classics of tomorrow. I was part of the team at Hanna-Barbera that created ‘Scooby Snacks’,and I have a painting on my kitchen wall of them. 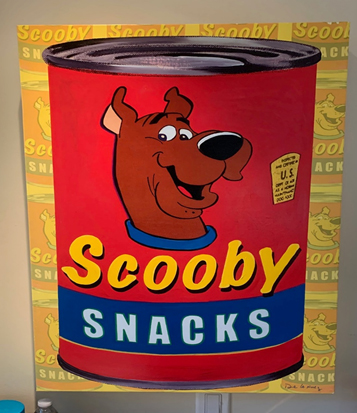 It reminds me every day that if we do our job well, the animated products and channel we create now, will live and prosper years in the future. This is how value is created, and if there is one lesson, I have learned over the years from Warren, and to share with our investors today, it is to be patient.

We are building a huge value machine in childrens entertainment, with our programs and now our channel. Across the board, we are getting the smartest and most proven talents in our industry.

Our message of safe, positive, inclusive, FREE, programming for children is a prideful one, and is our ‘North Star’ that will keep us delivering the very best entertainment for our youth, on the very best platform.

There will be bumps and missteps. But we will be correcting them and moving forward, and I can promise that value will continue to be created for our shareholders. Those with patience will be rewarded. 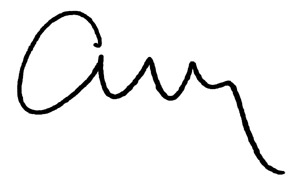 Forward Looking Statements:
Certain statements in this press release constitute "forward-looking statements" within the meaning of the federal securities laws. Words such as "may," "might," "will," "should," "believe," "expect," "anticipate," "estimate," "continue," "predict," "forecast," "project," "plan," "intend" or similar expressions, or statements regarding intent, belief, or current expectations, are forward-looking statements. While the Company believes these forward-looking statements are reasonable, undue reliance should not be placed on any such forward-looking statements, which are based on information available to us on the date of this release. These forward looking statements are based upon current estimates and assumptions and are subject to various risks and uncertainties, including without limitation, our ability to generate revenue or achieve profitability; our ability to obtain additional financing on acceptable terms, if at all; our ability to repay our outstanding debt; the potential issuance of a significant number of shares to our convertible note holders which will dilute our equity holders; fluctuations in the results of our operations from period to period; general economic and financial conditions; our ability to anticipate changes in popular culture, media and movies, fashion and technology; competitive pressure from other distributors of content and within the retail market; our reliance on and relationships with third-party production and animation studios; our ability to market and advertise our products; our reliance on third-parties to promote our products; our ability to keep pace with technological advances; our ability to protect our intellectual property and those other risk factors set forth in the “Risk Factors” section of the Company’s most recent Annual Report on Form 10-K and in the Company's subsequent filings with the Securities and Exchange Commission (the "SEC"). Thus, actual results could be materially different. The Company expressly disclaims any obligation to update or alter statements whether as a result of new information, future events or otherwise, except as required by law.