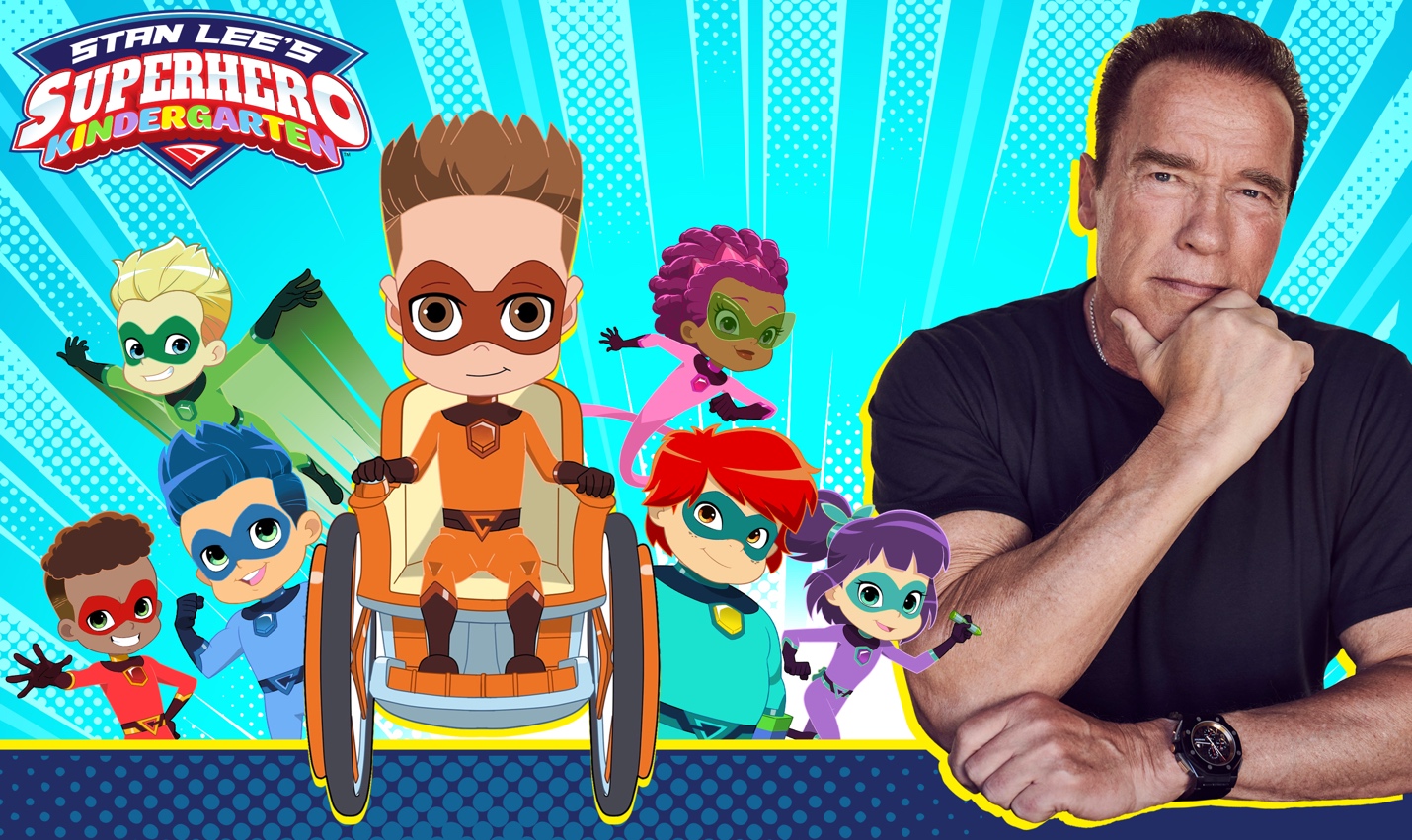 “I am ecstatic about the success our first season of Stan Lee’s Superhero Kindergarten and I am so proud of the core message the series delivers to kids…that anyone can be a superhero!”
Arnold Schwarzenegger

Since premiering on April 23 on Kartoon Channel!, viewership for Stan Lee’s Superhero Kindergarten has surpassed all expectations and is the most watched show on Kartoon Channel! In the last episode of the season, Arnold introduces the Super Ks to their new classmate, Emerson, who is a wheelchair user and exchange student from England. Worried they won't be able to keep their superhero identities a secret from Emerson, the Super Ks are hesitant to welcome him at first. The kids put their differences aside when they find out that Emerson himself, has a secret super power, just like them, and is able to save the day.

“We are incredibly proud of Stan Lee’s Superhero Kindergarten not just because it is proving to be a success, but because this series speaks to one of the core missions of Genius Brands, to create ‘content with a purpose,’ in promoting kid friendly lessons like anti-bullying, exercise, health and nutrition,” said Genius Brands’ Chairman & CEO Andy Heyward. “We are thrilled to debut on our season one episode finale, a new superhero who is wheelchair bound, yet it doesn't prevent him from becoming an invaluable member of the superhero team… in fact, he more than proves his mettle while saving the day! We are excited to continue working on the further expansion of the Stan Lee’s Superhero Kindergarten brand and can’t wait to share more exciting news, when we announce Season 2!”

Fun for the whole family, the series opens up the superhero genre for a whole new demographic and draws kids in with action and comedy, while parents can appreciate the quality of content synonymous with Stan Lee. Season one of the series includes 26 half-hour long episodes that began with a two-episode double feature and has rolled out a new episode on a weekly basis every Friday.

A graphic accompanying this announcement is available at https://www.globenewswire.com/NewsRoom/AttachmentNg/3fc4368e-5b9b-4694-a8c6-108f07ba372d 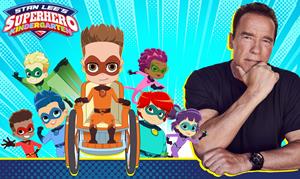 “I am ecstatic about the success our first season of Stan Lee’s Superhero Kindergarten and I am so proud of the core message the series delivers to kids…that anyone can be a superhero!” Arnold Schwarzenegger